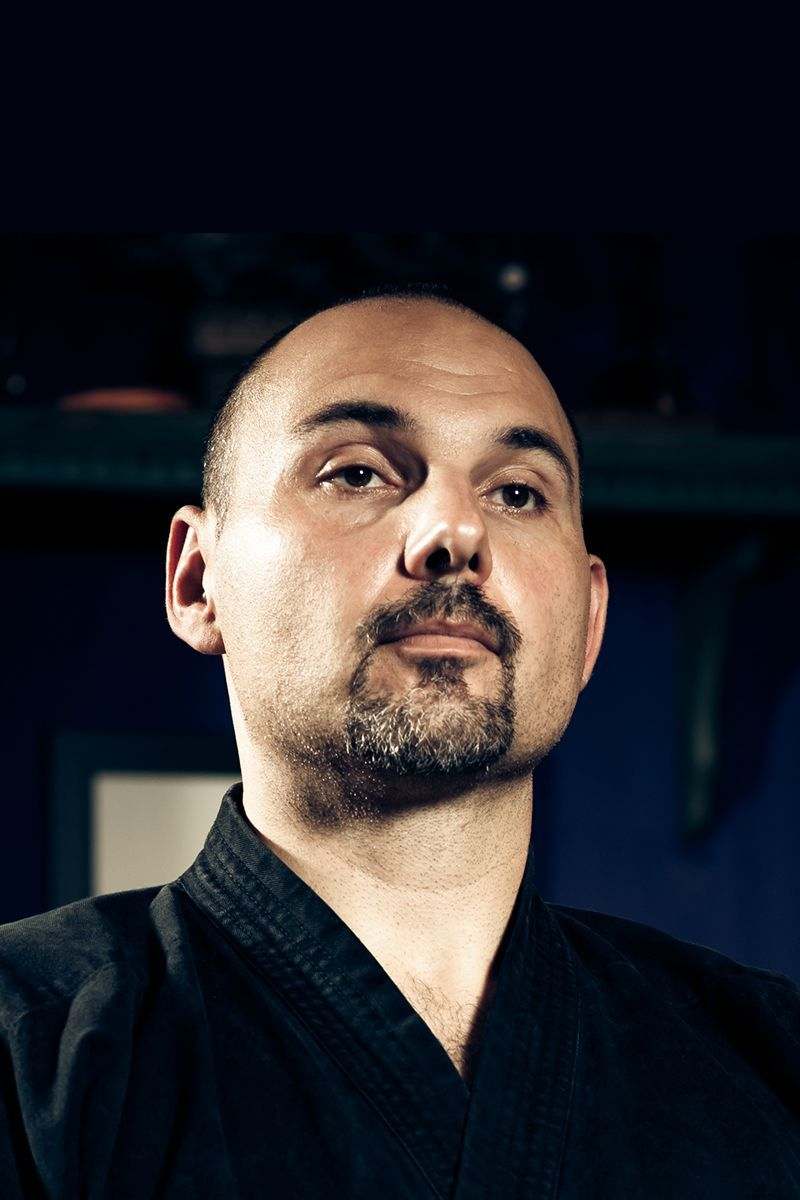 Welcome! 19 years ago, I built CMAC Dapo with my own hands to be a martial arts school for the refinement of body, mind, and spirit. Now with its faculty, students, parents, families, and alumni, it is also a community eager to expand and reveal martial arts beyond its limits today, to become an instrument of greater understanding, learning, refinement, and forward thinking for the advancement of humanity.

Born in Toronto, Ontario as a first-generation Canadian, Jason RP Bassels brings to the study of the martial arts a comprehensive skillset that stems from life experience. Growing up as the oldest of 3 in a single-parent low-income neighbourhood created many obstacles that established a sense of community, work ethic, and social merit early on. His lessons stem from a perspective that fighting is ultimately about survival, management, refinement and work ethic, a perspective reflected deeply in how he teaches and studies the martial arts today.

Throughout his youth he received instruction in judo, karate, boxing, and wrestling through various youth and school programs.
Although a visual artist throughout his life, at age 20 he turned down an option to attend the Ontario College of Art and Design and decided to work as a truck driver. By his mid-twenties he had amassed nearly one million miles of driving between Canada, the United States, and Mexico, and about as many stories to complement. Years of traveling and working provided many unique experiences and life lessons that still shape the lessons he teaches today.

His future as a professional martial arts student and teacher took shape in his early twenties following the mentorship and instruction of Sensei WM Platt who was pinnacle in his decision to dedicate his life to the study of martial arts and contribute to its growth in Canada—a commitment that sees him train weekly since 1993.
In 2003 he opened his first school for the martial arts in St. Catharines, Ontario and in 2005 opened his second school in Mississauga, Ontario where he continues to teach over 40 hours weekly.

In 2007, a relationship began to evolve with GM Bambit Dulay, a leader in his community and a tireless champion for arnis. This ignited a substantial interest to deepen his arnis training that began in 1998, and contribute to its presence within Canada.

He has received instruction from many teachers of varying styles–from BaGua at the Purple Cloud temple in Wudang, the Southern Shaolin in Quanzhou, the Northern Shaolin of Dengfeng, the White Crane system in Fuzhou, and various arnis systems in the Philippines, among others. Complementing the instruction he has received is a growing list of research trips to various energy spots and historically relevant locations not only in Asia but also other continents.

He is currently working on art installations, paintings, books, and poetry with the goal of employing martial arts as a beneficial and equal subject alongside those taught in general education, such as mathematics, science, literacy, philosophy, music, etc.

Everyone comes into the world knowing how to fight. Martial arts is about learning to not be oppressed by it.
— BasselsJ