Goju Ryu Karate in Mississauga · A History of Karate Series 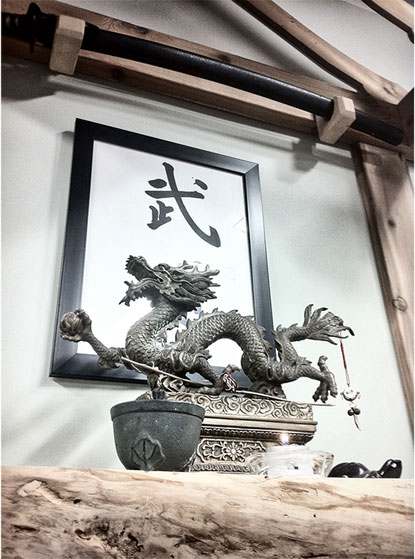 The history of Goju Ryu is indeed complex, and it appears as though the art becomes changed (whether for better or worse, based on any number of measures) over time as it is passed down. This was my first hint at the link to biological evolution.

I have been involved with martial arts training, assisting and instructing since 2001, primarily in Goju-ryu Karate-do. Outside of martial arts, I have worked for several years developing novel treatments for cancer and rare diseases. Now, I am an innovation advisor and business strategist, working with entrepreneurs and startup founders who are trying to develop new cutting edge technologies in a wide array of fields. I love learning, thinking beyond the conventional, and contemplating big questions to which there are no clear or easy answers.

Explore a short history of Goju Ryu karate (studied at our Mississauga dojo) through this series of articles.

I feel that this first section of this essay on the history of Goju-Ryu karate [studied at the Dapo, Mississauga] requires some context and background to appreciate the parallels I draw between natural biological evolution and the evolution of martial arts. My writing style and manner of thinking is influenced by my background as a scientist. I look upon the facts, information, and stories that I read as independent points which I can start to put together with theories and hypotheses from other disciplines such as science. From my current knowledge and perspective, the history of Goju is indeed complex, and it appears as though the art becomes changed (whether for better or worse, based on any number of measures) over time as it is passed down. This was my first hint at the link to biological evolution.

After I started to get a picture of this history, I thought that it was extremely interesting how the evolution of the art is strikingly similar to natural biological evolution. If we think about the evolution of the art in this way, we are better able as practitioners to ensure the art remains strong and viable in today’s society and specifically within our Canadian culture. From my own perspective, I feel that there would need to be a balance between a strict replication of Okinawan or Japanese martial arts from a century ago vs adaptations which suit people who train martial arts today. These ideas are akin to an academic thesis that may be of interest to think about for anyone training in martial arts.

The idea of natural biological evolution is that organisms breed and replicate imperfectly. The offspring of each generation are all slightly different genetically. Some of these random genetic mutations allow the offspring to survive better and reproduce better and the genetic changes are preserved in future generations. Other mutations weaken the organism and those genetic changes are lost to future generations. What dictates which changes are preserved or lost is selective pressure – the need to eat, the need to defend against predators, etc. When selective pressures are removed or changed, we start to see a loss of strong traits associated with previous pressures. For example, due to modern medicine people with certain diseases (such as Type 1 diabetes) are living well beyond childbearing age and are able to pass on their genes to future generations, where they wouldn’t have been able to a hundred years ago. This could increase the prevalence of genes that contribute to various diseases in the human population (the genetic link to many diseases is still not well understood, and some diseases have stronger genetic links than others). The same could go for any other trait such as the ability to run fast or digest certain types of food.

Compare this to martial arts, where the selective pressure used to be survival in battle (you lived or died). Today, we don’t train to death – we modify and simulate combat. We also have different personal and societal challenges (anxiety, depression, bullying) where martial arts afford a benefit. The passing down of the art from teacher to student is like mating and having offspring in biological evolution. There are no guarantees that every student can learn and replicate with 100% accuracy the teachings of every teacher in the world. Additionally, experienced martial artists will undoubtedly have their own interpretations, modifications and additions to the art as they spend decades studying it, discovering new depths to what was shown to them.

Therefore, there will be changes to martial arts. We need to embrace this since martial arts has always been an ebbing and flowing evolution, made to meet the needs of the practitioners of the time. However, ineffective changes may accumulate if they aren’t selected out by some relevant selective pressure. We risk losing some or all of the value, insight and utility that has been honed and refined for generations. Since we don’t battle to the death regularly, we must decide what pressures to employ which suit our current needs best and be strict with them. Not all value in martial arts comes from effective battle strategies. For much of history, martial arts was also used as a means to achieve personal refinement and spiritual strengthening – characteristics that are still quite relevant today. It is still critically important to have some faith and trust in the art as it has been passed down. It should not be willfully modified and changed out of convenience or preference. Otherwise, in some cases, we may see the diminishment of lineages of martial arts if they are no longer trained with the utmost dedication and seriousness. It would then become difficult for many to discern the difference between useful and effective techniques which suit our needs, and non-effective ones which would start creeping into the training. What people think they want and what they need are often different also, complicating matters. The arts would fragment further and become diluted, spread thin and only a handful of exceptionally dedicated practitioners would remain who train in an art which has a high level of value.

The key things to keep in mind when training are: what things are we measuring the success of training against? What is selective pressure? Fighting well is part of it, but are we also succeeding at helping individuals navigate the current world they are living in? Are they better equipped to understand their own nature, and cope with all manner of daily conflicts, both on an individual level and involving other people? What is the greater purpose of teaching martial arts today? If we teach physical combat only, we keep physical combat alive and well as a means of resolving the dispute in our society. Is that everything we want to achieve?

I think what we do at CMAC Dapo (Goju Ryu in Mississauga and Brampton) does indeed have great value and we can set an example for others of what martial arts can offer individuals and society in today’s climate. I hope that one day the need to learn to physically injure other human beings becomes irrelevant and martial arts evolve to something much more purely spiritual and introspective.