Karate in the Real World 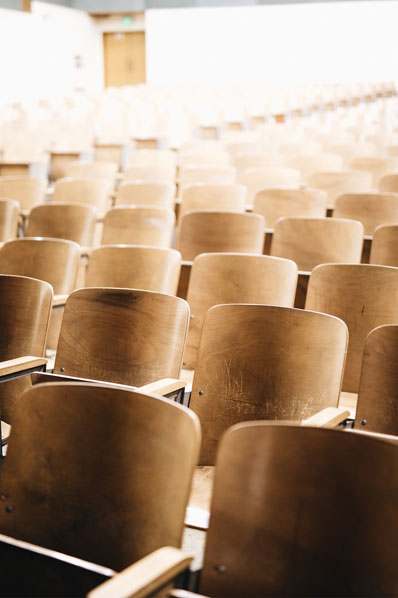 I’m an adult now and in university, and I’m seeing more and more how my training has been preparing me for the real world. Convenience never makes survivors. And that is the goal of learning classical martial arts, to refine yourself—body, mind, spirit.

When I was 15, I considered leaving karate for the third time. I remember going to a friend for help and him telling me not to quit because “it’s how you use the content outside of its context that makes it so powerful.”
This may not always be true, but it certainly gave me a much-needed fresh perspective on my training instead of the same things I’d been telling myself since I was a kid. I was in grade ten at the time, starting to make decisions about what was important to me and what I no longer wanted in my life. And that was just it— I didn’t think karate was important enough to my future to continue doing it. Since I was 5 years old, all I could remember was going to karate to train hard for the sake of being a better fighter, and I never really thought I was learning anything other than how to memorize movements, be strong, and listen to Sensei. And Sensei wasn’t teaching me how to fight, so obviously it wasn’t worth anything, right? I spent so much time at the dojo, but it wasn’t until then that I started realizing how valuable all that time was. I’m an adult now and in my second year of university, and I’m seeing more and more how my training has been preparing me for the real world.

Being in this world isn’t easy—it takes grit, strength, and an unbreakable will.

There are nights when a friend asks you for help at 3:00 in the morning and you have to fight your way to some remaining reservoir of energy to stay up all night with them and still do what’s expected of you the next morning, because that’s what warriors do. Your morals will be tested to the core, and if you crumble so will they. Sanchin – three battles of body, mind, spirit.

Sometimes you have to cope with the stress of studying for finals, finding a job, meeting your deadlines, making ends meet, or keeping your word. There are times you want to quit because it’s too hard driving back and forth from the dojo to teach and train while getting your work done and meeting everyone’s expectations. Things get overwhelming really fast, and breaking down doesn’t help, but neither does overworking yourself. Mokuso – preparing to do, to act, essentially emptying doubt.

The world will make it hard to be who you are, and if you don’t show it what you’re made of, it will show you.

Whether it’s standing up to a bully, having a debate with friends,  or defending your beliefs against your entire community, not all fights can be won with your fists—in fact most can’t—you need self-respect, confidence, and an indomitable spirit. It’s a good thing we have that. Kiai – to harmonize your spirit and will with verbal intent.

The biggest problem facing our society today is that we can’t get along with one another; we’re too easily divided by things like political beliefs, religion, gender, race, financial status, and so on. There will be bosses and professors who frustrate us, political officials who we disagree with, friends who we fight with, and extremists with beliefs vastly different from our own. The dojo is a place where we learn to put aside those differences. After all, what does karate, or martial arts in general, begin and end with? Courtesy and respect!

I want to leave you with the thought that karate might be more than a kickboxing class,

even if it seems like all you’re doing is repeating the same basic kihon – knowledge of physical energy intent, over and over, learning some Japanese, working out, getting motivated by instructors, listening to Sensei talk, and going home. Ask yourself what you’ve really learned so far?

In the end, convenience and easy never make survivors or tough people.

And that is the goal of learning classical martial arts, to refine you and strengthen you—body, mind, spirit. It may look like fighting with your body, but give it time, you’ll be glad you did. Fighting not to fight. And remember, like my friend said “it:”

When you look at life, think in terms of karate. But remember that karate is not only karate – it is life.

Guest article by Dapo black belt, instructor and alumni Rhys Ralliaram. Originally submitted in 2019 for the Dapo blog, and as an inspiration to students in the youth age group.